Really frustrating to have largely written this post over a few days and saved as a draft only to have blogger lose it! So now it’ll have to be edited highlights of Kampot and Kep because I don’t have time to re-write the whole thing. If anyone else has had this issue and has ideas on how to avert this problem, please DO tell! Meantime I’m resolved to save a copy to Word as well. Maybe it’s because I inserted a link? Someone on a forum mentioned that…?

Right! Moving right along… Kampot and Kep  are sleepy little towns to the SW of Phnom Penh. The former is a pretty riverside town, near the coast and the latter a small fishing village on the coast 25km to the East, famous for its crab- of which more later.

We took the bus from Phnom Penh to Kampot-only about 150km but a 3 hour trip. As the only barang on the bus apart from one ex-pat American we were met by a scrum of tuk-tuk drivers offering to take us to a hotel of their choosing- however we had already booked and I’d spent the last hour or so of the bus trip worrying I’d made a bad choice after the American hummed and muttered about being ripped off and wondered if we could change our booking to one of his mates.  However it transpired he was thinking of the wrong place and The Columns is a perfectly charming little hotel in a restored French Colonial terrace  in a quiet little street (in the House that Jack built!) just off the main waterfront road. 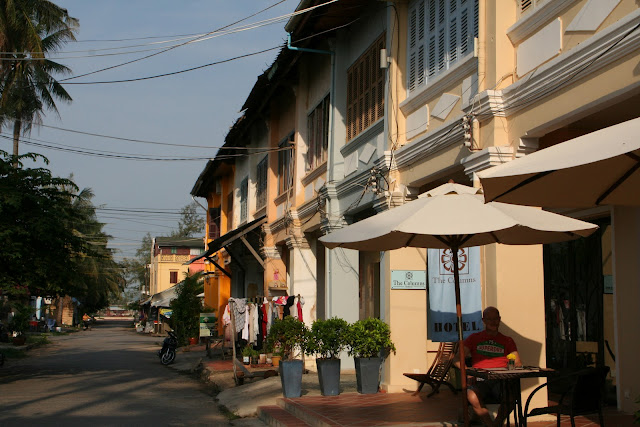 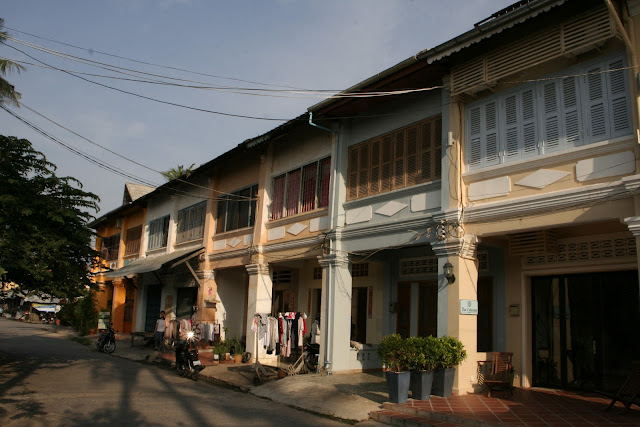 We spent the first day mooching around exploring on foot 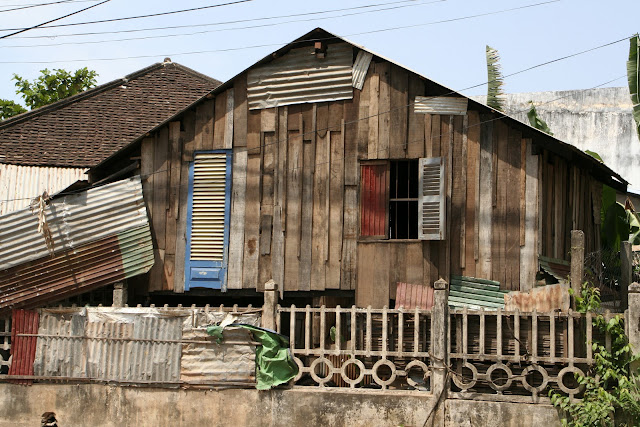 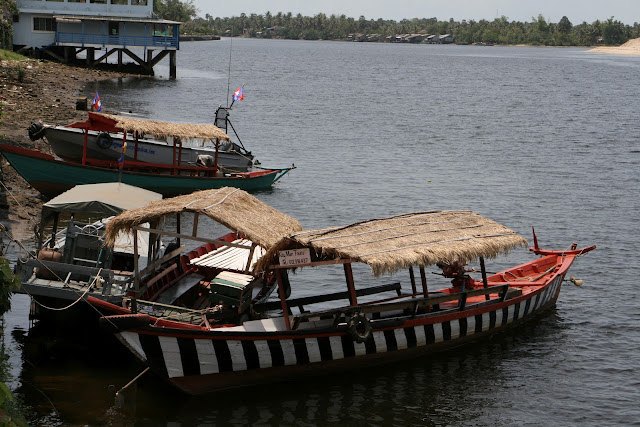 And the second day we hired a scooter 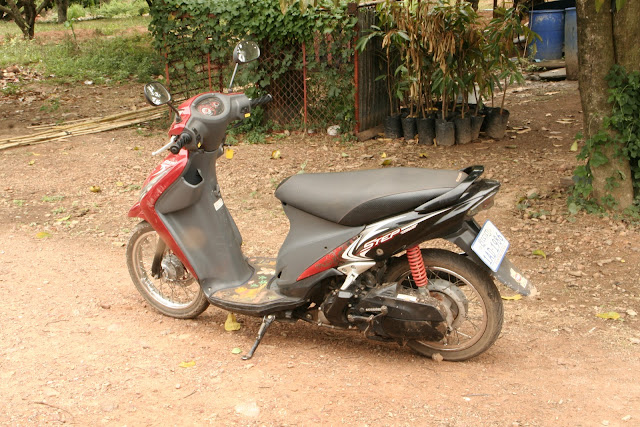 and pottered off in the direction of Kep; on the way visiting a pepper plantation, for which Kampot is famous internationally.

After a pause to deal with gastro-intestinal issues (!) we went for a walk in Kep National Park, which is an 8km trail around a hill with beautiful views right across a huge bay, dotted with islands and over to Vietnam, though unfortunately too hazy for good photos. 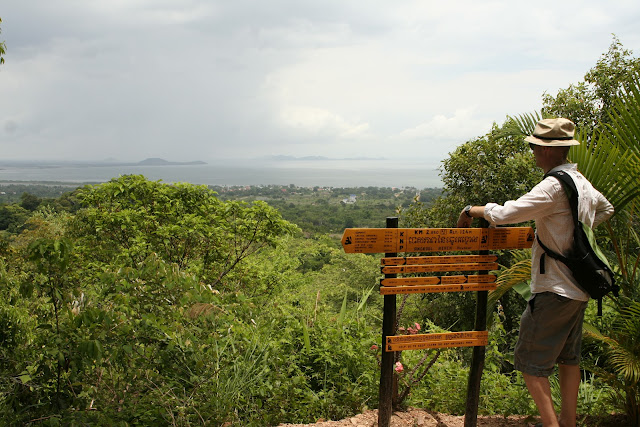 A well placed café rehydrated us afterwards so we could venture to the Crab Market back in Kep. This basically consists of a row of boathouse style shacks jutting out over the water so they could bring the crabs up. 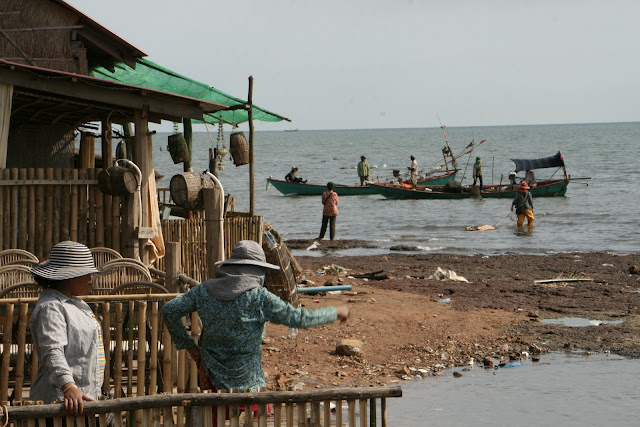 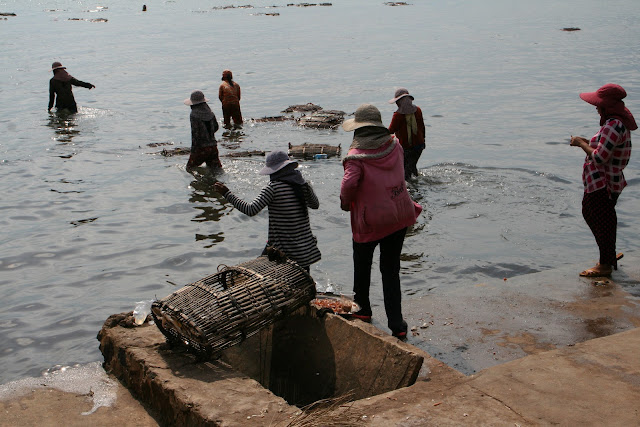 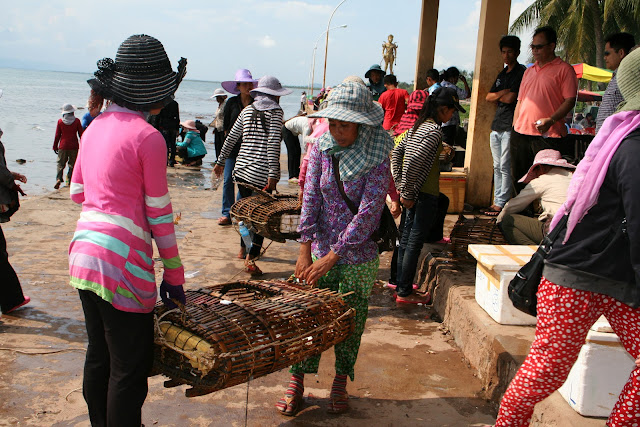 The kitchens of the “restaurants” associated with these look very basic to us, but the food may well be some of the best I have ever tasted.
You order by the kilo (or part thereof), we didn’t think we were that hungry but wanted to try it, so they brought in a few from a basket in the sea and in a few minutes we were feasting on freshly caught and cracked crab with Kampot green pepper corns. We had crab with rice and bottled water to drink and complimentary watermelon to finish and I think the total bill was $8US for two of us. 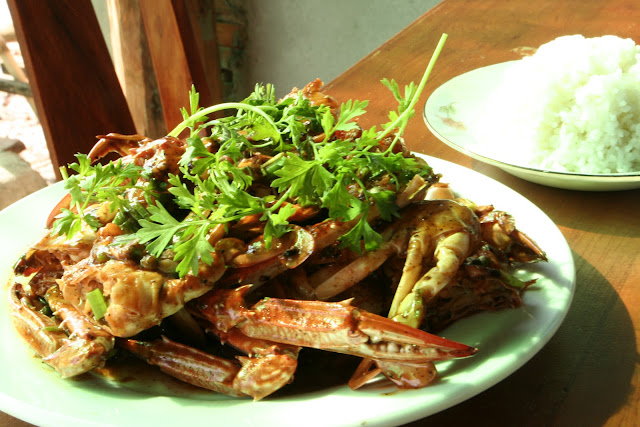 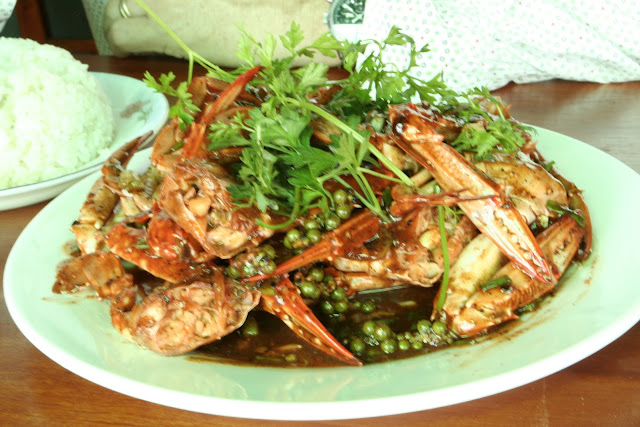 We had a gentle ride back to Kampot past Muslim fishing villages and the usual interesting traffic on the road. 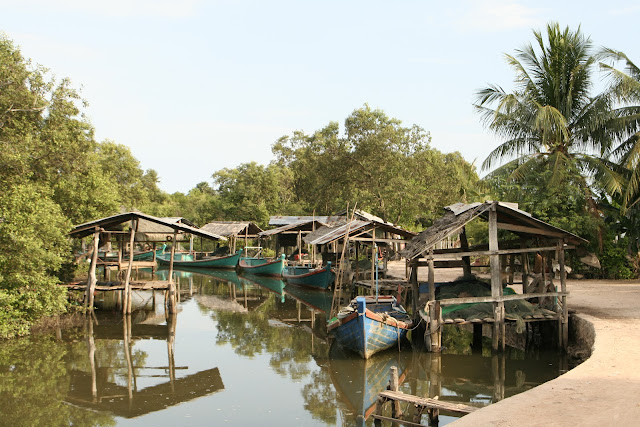 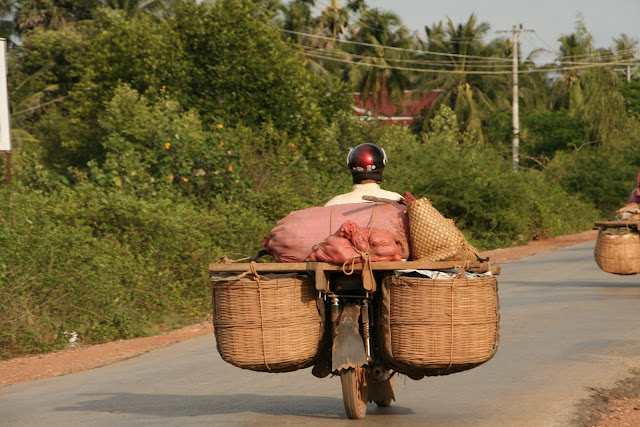