This was my day for Immodium! Happily for me (and everyone else) it works well. The bus from Kampot to Phnom Penh takes about three hours and our lovely hotel proprietor gave us a breakfast of fresh baguette and mango jam and some fruit to take since we had an early start. At PP we had a couple of hours before our next bus which was to be a longer 6+hour trip. So with the excuse of me being a bit fraj, we hung out in the hallowed halls of the Foreign Correspondents Club- just as you'd imagine with dark wood and leather chairs and big lazy fans. The next bus was particularly grimy with the sort of greasy shiny curtains that dangle annoyingly in your hair. However it was worth it for the people-lots of extended families heading away for Khmer New Year, great people watching territory, though a bit close for photos.

On arrival in Battambang one tuk tuk driver stood out by sprinting along with the bus, spotting us and with an infectious grin, precocious English and a good deal became our driver. Tra Tra has ambitions of studying further English and tourism and becoming a tour guide. He's already well on his way. Over the next couple of days he took us to several places and always accompanied us to the sights and found a cool place to sit while he relayed the legends and history of the place. He pointed out plants and explained the way that most people farm in Cambodia. 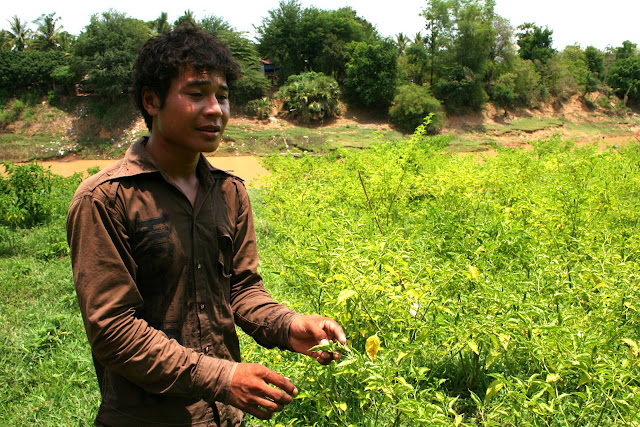 The first day he took us on a big day trip. First up was Battambang's famous bamboo train or nori. 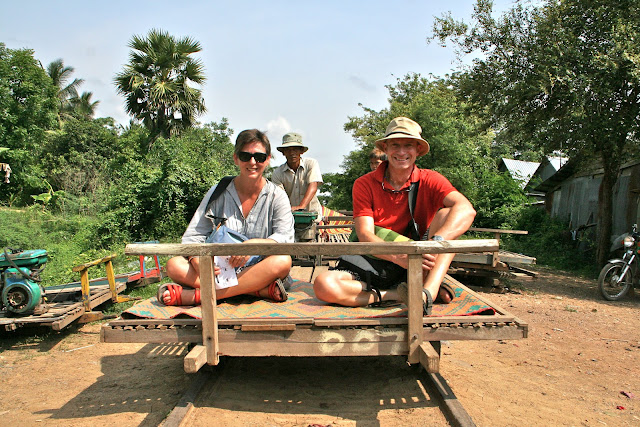 This uses the normal train line but is a small flat bamboo platform perhaps 2x1m with two axles and one motor mower type engine. 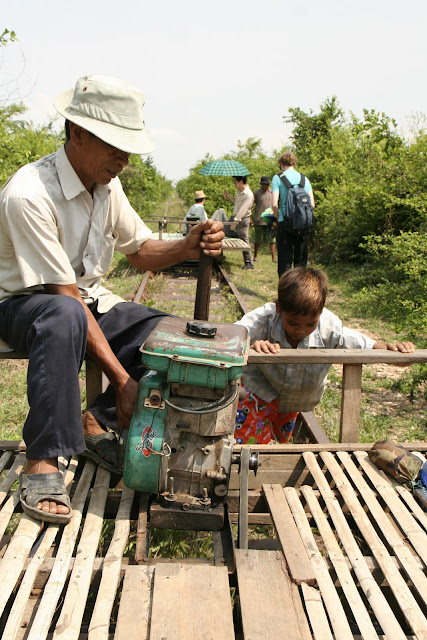 It's used for transporting local goods and people. Both it and the line are pretty rickety, so when you go on it it feels like an old fashioned roller coaster before OSH regulations had any part in it. There's only one line, so when you meet another nori or a real train, whichever nori has the lighter load is quickly dismantled at the side of the track and reassembled after the other has passed.

There is an impoverished village and a brick works where the nori stops and local children show you around. A small stall selling cold drinks provides a meagre income for some enterprising villagers. A bit sobering alongside the joyride for the westerners...the stall holder's wife had just had a baby the day before we visited and a more basic place to give birth you could hardly imagine!

Tra Tra took us on to visit Phnom Banan; an 11th C temple, with 5 towers like Angkor Wat. 358 stone steps lead up and this normally quiet place was humming with Khmer people celebrating New Year in a carnival atmosphere. 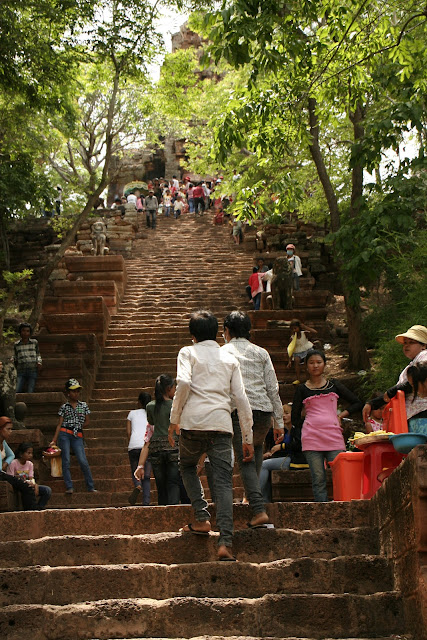 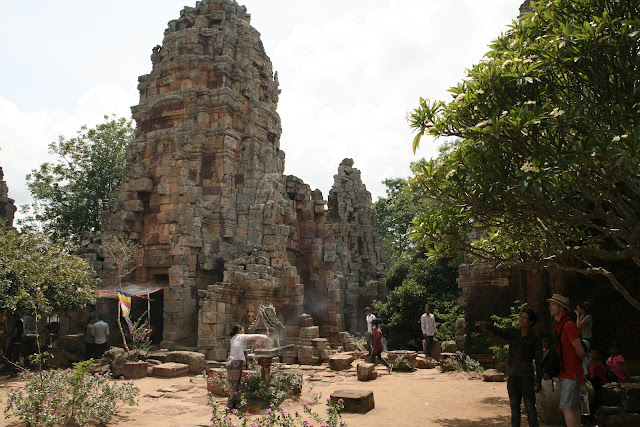 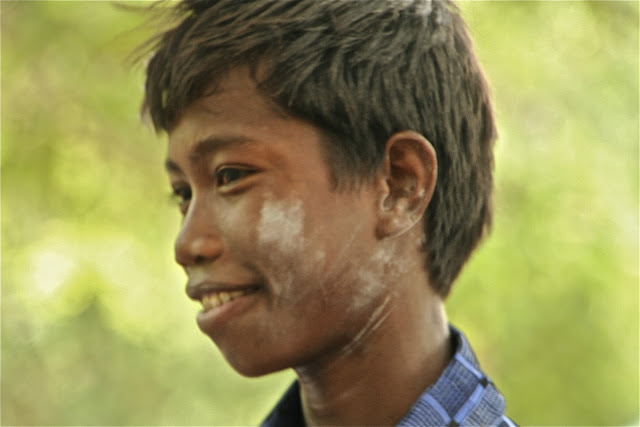 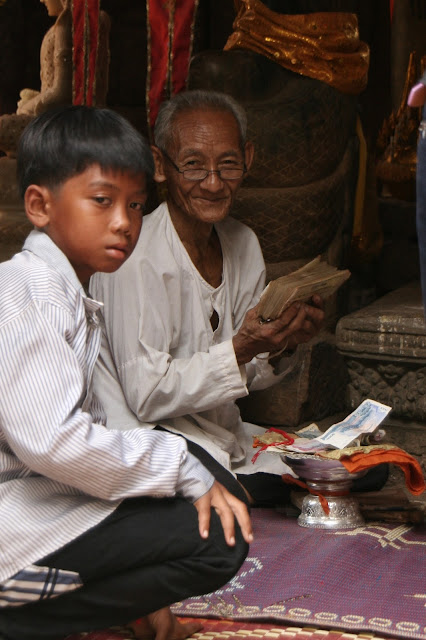 After a delicious lunch at a roadside cafe we walked up to Phnom Sampeau, a complex of temples on a hilltop affording spectacular views of the surrounding countryside. 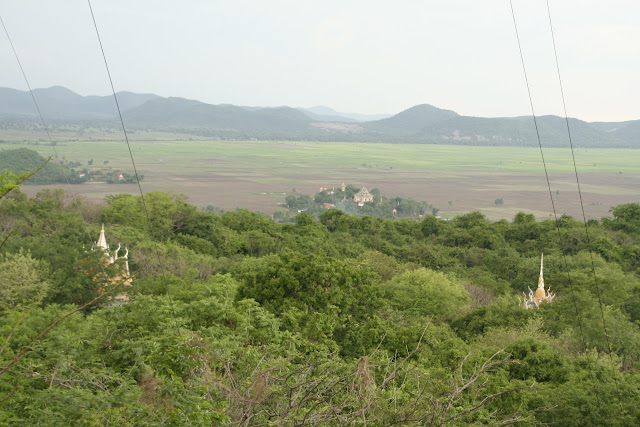 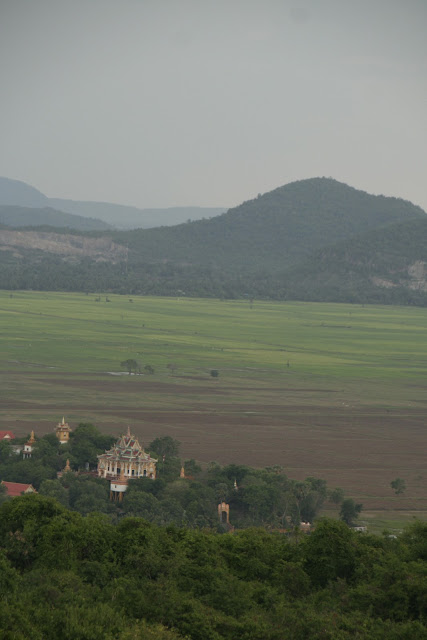 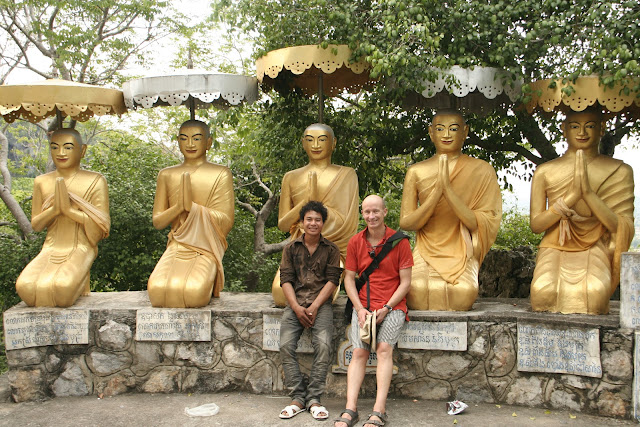 Again the history caught up with us, as here are also killing caves where people were bludgeoned to death by Khmer Rouge cadres before being thrown down into the cave below.

On the way back to the hotel in the tuk tuk the road was busy with kids of all ages standing outside their houses throwing water bombs and talcum powder at passers-by:a traditional New Year celebration! Some were too shy to bomb us, but many more really made the most of it! The camera got put away pretty quickly!

First up on Day Two we decided to do a cooking class to learn some local Khmer dishes. We were the only students and went first to the market with the chef Vannak to get the ingredients to cook 3 different dishes- more in the food and market post to come! 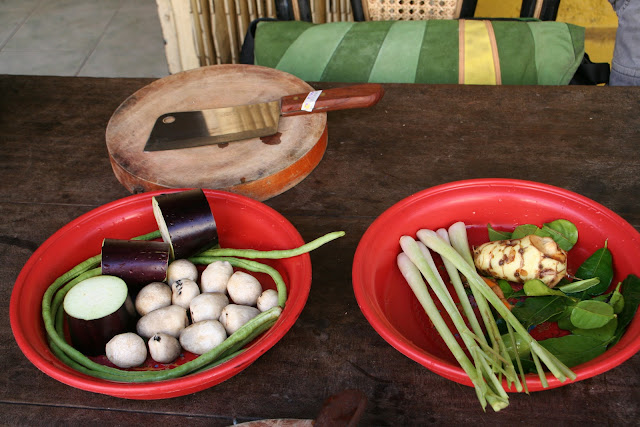 On our final afternoon we went to visit a local Khmer house which is over 100 years old. It was built by the grandfather of the elderly man who lives there today and showed us round.

Before returning for some poolside time(!) Tra Tra took us to see rice paper being made.


As it was New Year the women, who work below their house (all the houses are raised off the ground on stilts, leaving space below for living, working and storage), were having a well earned day off. Normally two of them work together to make between 1-2000 sheets of rice paper per day for spring rolls. They get paid 5000 riels (or $1:25 per 100); something I will remember next time I eat a cold roll or a spring roll.

The abandoned (1975 again) Pepsi plant is an interesting time warp too. 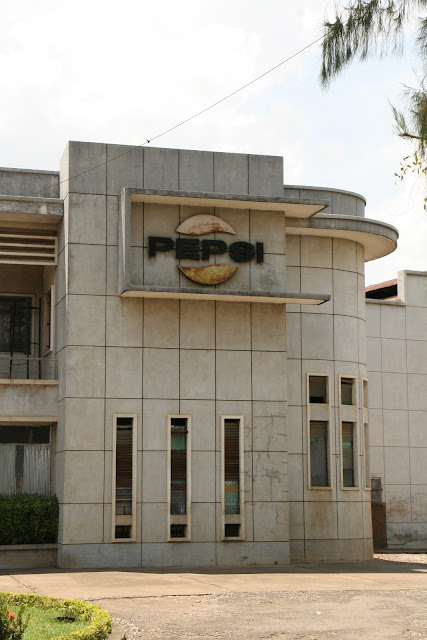 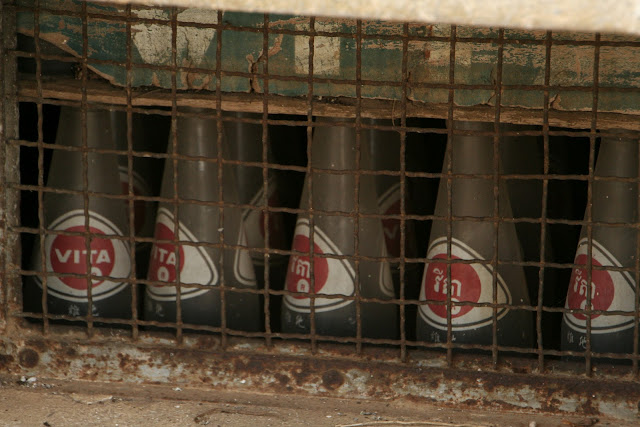 The discomfort of travelling in a poor country does lie in the comfort of our lives in contrast; and it is with thoughtfulness at this contrast that we returned to The Sanctuary Villa hotel which was a beautiful place to relax. Spacious individual villas are set in stunning gardens around a tempting pool. Splashed out a bit here at $65/night! So inexpensive for us, but more than most Cambodians earn in nearly two months! 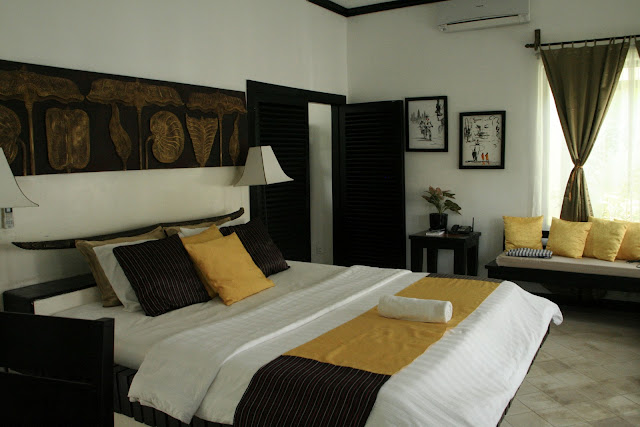 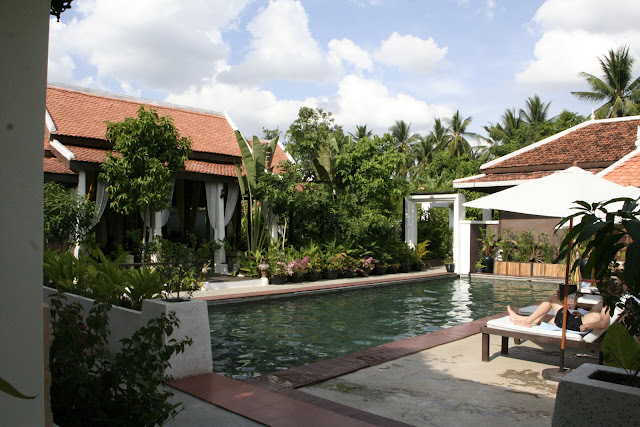