Well I'm captivated by this exotic place! Phnom Penh is situated at the confluence of the Tonle Sap, Tonle Bassac and mighty Mekong rivers and feels, I've decided, chaotically relaxed...The traffic is a case in point.
Busy with remork motos (tuk tuks), motos, cyclos, all sorts of cars and trucks and people everywhere, it's amazing how easily things seem to flow- most of the time. 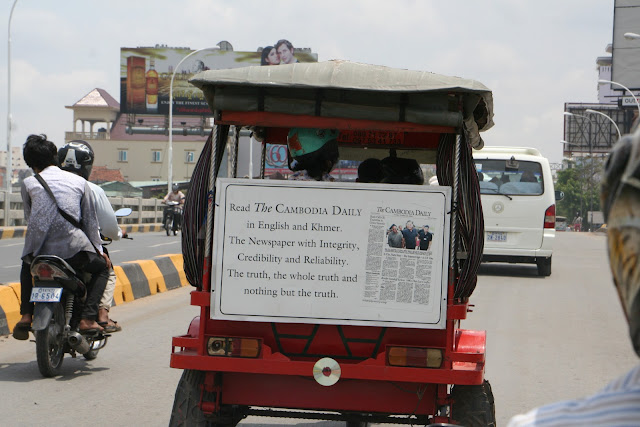 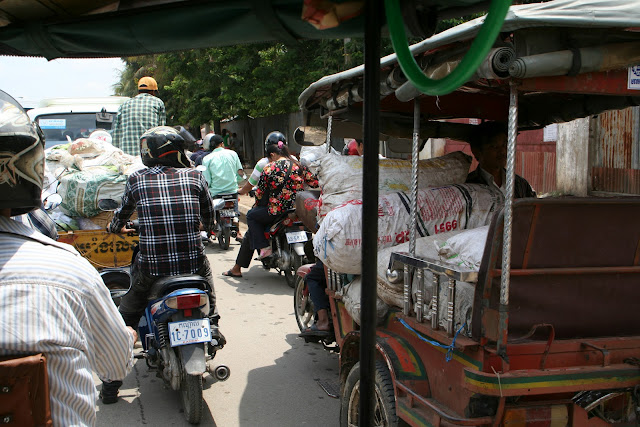 Basically people seem to slowly pull out into the intersection, in front of people, whatever, no need to wait for a gap and people calmly merge and give way. No road rage here. The pace is calm and slow. No leaning on the horn, just the occasional gentle toot to let someone in front know you're coming through on whatever side. People indiscriminately ignore road rules, including direction of driving, (you often see people driving straight into oncoming traffic), double yellow lines seem to be only to add colour on the roadway, similarly pedestrian crossings! As a pedestrian one needs to take this same approach, steel yourself, step gently into the road and just keep walking...Mostly the traffic will be coming from left (as they drive on the right) but it pays to check all directions! Tuk tuk has been my main mode of transport when not walking and the same driver has taken me on several days. 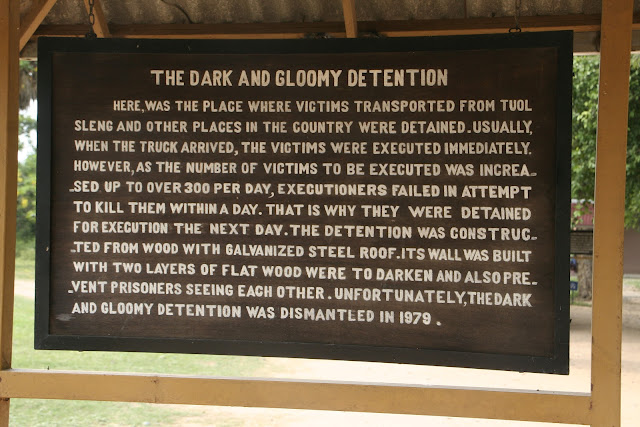 and S21, the high school turned prison, where people guilty of being too educated or anti Khmer Rouge were tortured before being taken to the Killing Fields. 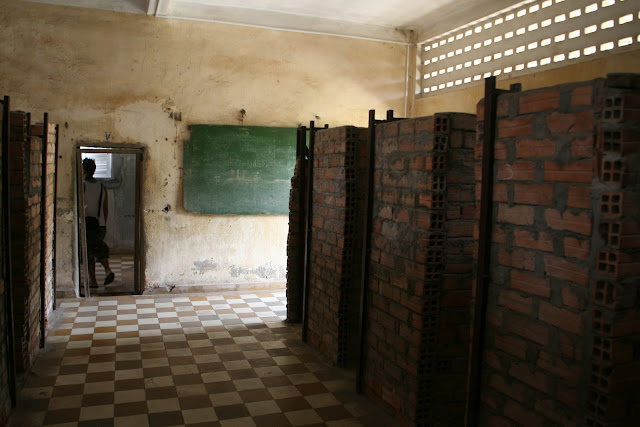 The sobering morning was tempered by the amazing journey past people so busy in their daily lives. It felt to me like a film set with people in diverse activity placed for maximum effect. 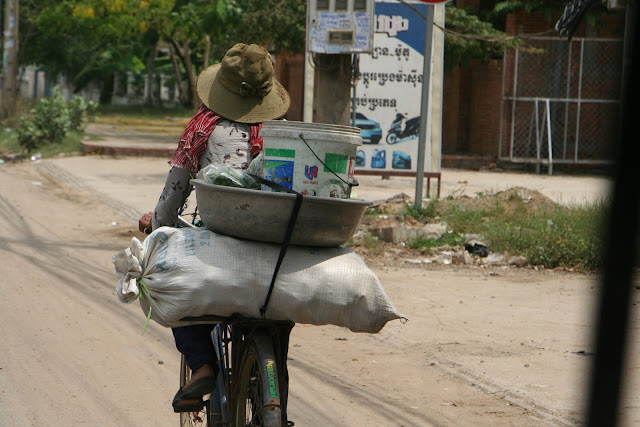 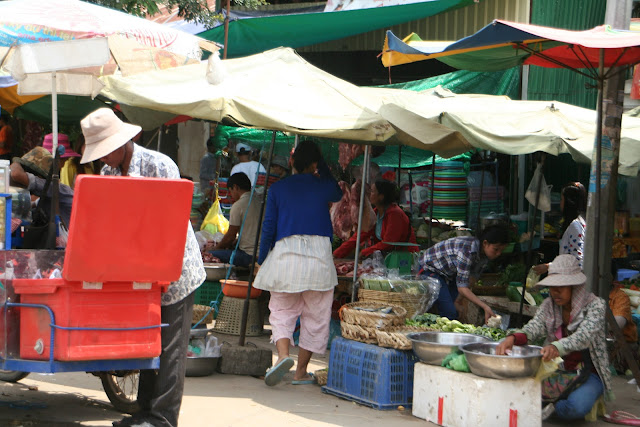 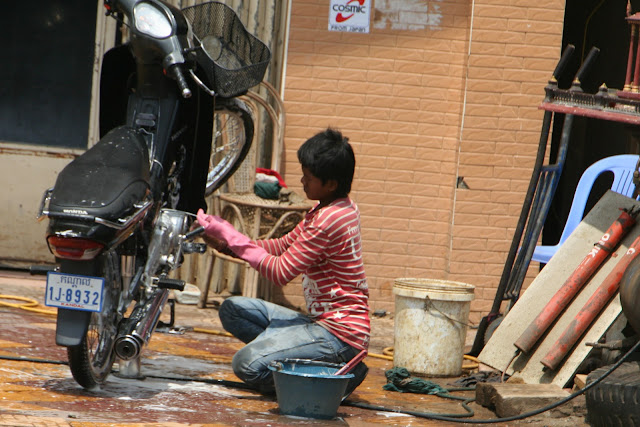 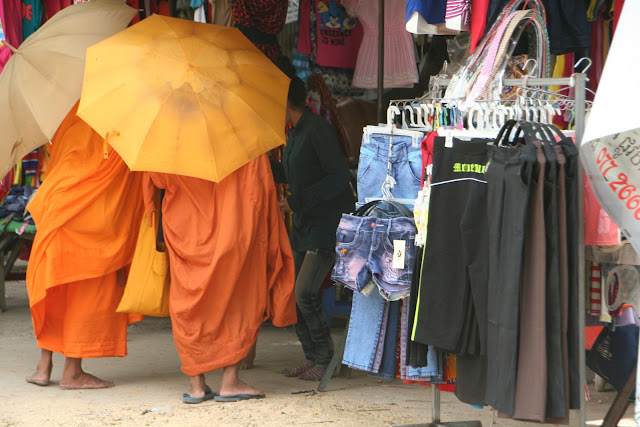 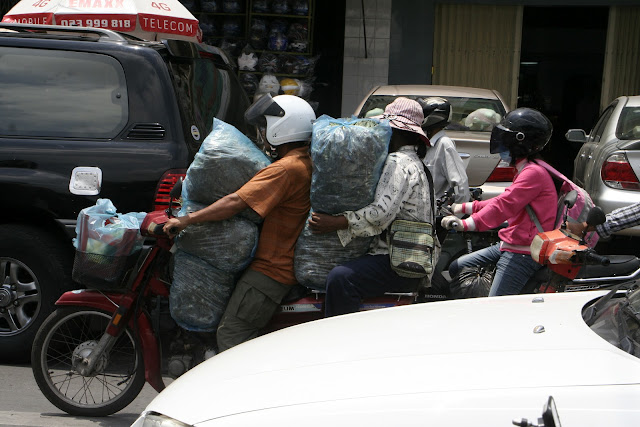 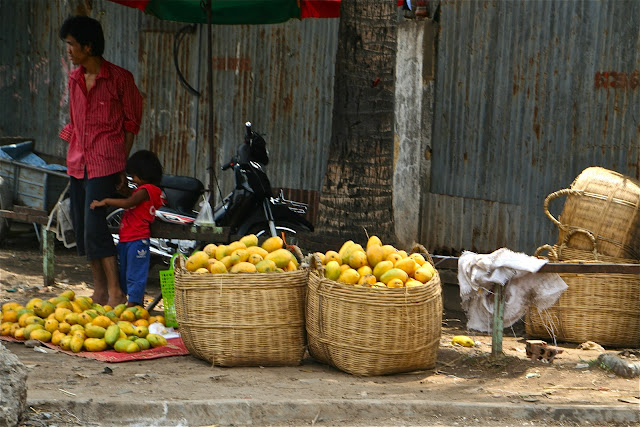 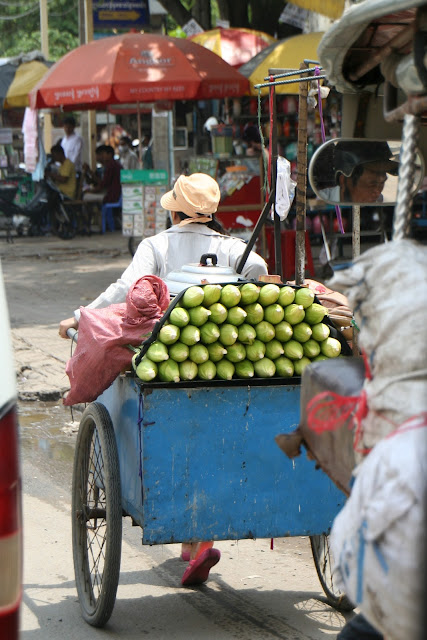 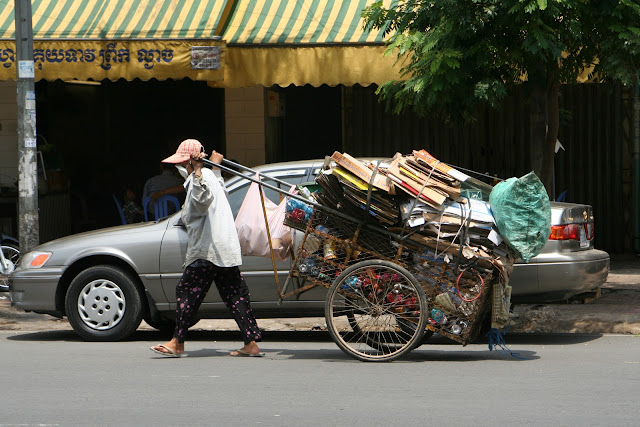 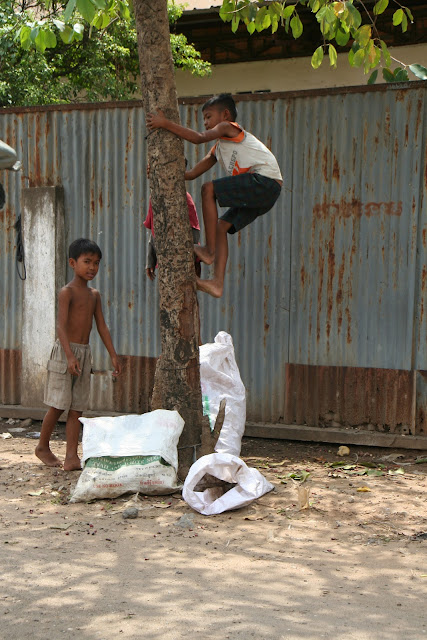 I was left feeling that we in the West, and particularly our children, live in a sensorily muted world; such were the sights sounds smells, heat and general hubbub. I've also taken in some ancient Khmer history at the National Museum, 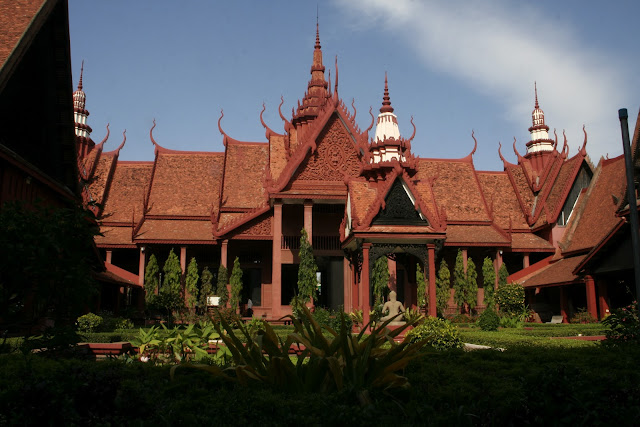 home to some of the most amazing and ancient sculptures from all around the country, some of which we'll visit later in Angkor. It was interesting to see some overlap with other contemporaneous ancient sculpture, from 5th C Greece and Rome for example, but I was left wishing I knew more art history... We have eaten and seen some amazing food, which deserves a post all to itself really... 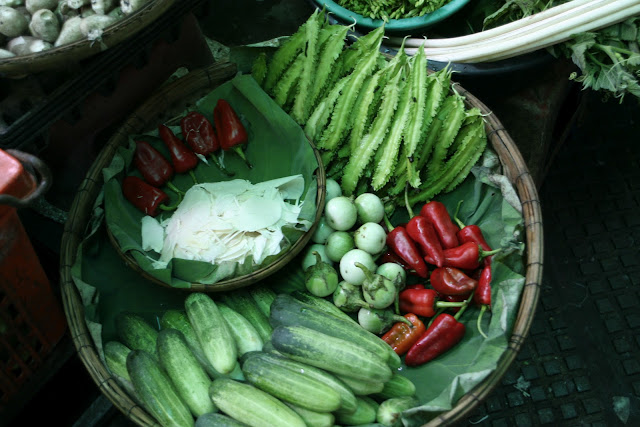 And enjoyed exploring several different markets: more to come with the food post.  I've been thwarted in visiting The Royal Palace several times now: firstly by having sleeves too short-I could've hired something longer, but opted to come back later; secondly by the heat of an afternoon; and in setting out at 8 this morning, only to find it closed for a Royal Procession (not observable)! So I'm about to brave the heat again. 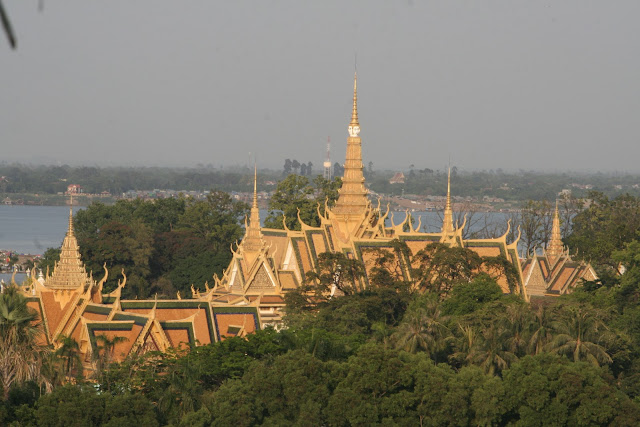