I'm going to join the throng at the Bloggers' Quilt Festival. It's all new to me and hopefully I can figure out the linky thing, but it looks like a great  chance to make the most of sharing quilts.

This is the quilt that I made my sister for her 40th birthday last year. I wanted to make her a quilt to relax with, lie on the grass with a book, take on a picnic and such like, but wasn't at all sure what she'd really like. We live in different countries so don't get to spend loads of time together, plus (and probably consequently), we're really not good at picking each other's taste, so I was a bit nervous she wouldn't like it. But I think it worked out OK! It's got a really springlike/summery feel; so it's kind of strange to be posting as we come into autumn/winter here in the Southern Hemisphere. 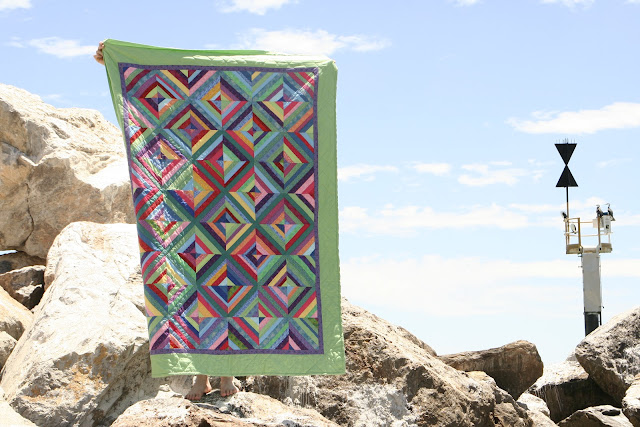 It's a string quilt inspired by this one and made with the help of this tutorial all found at Ashley's wonderful blog Film in the Fridge ; which I think may have been the very first blog I started following,  a year or two ago when I was just beginning to discover the extent of this internet sewing world! 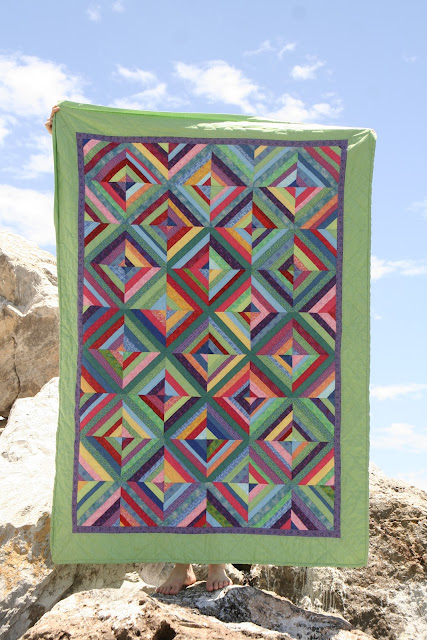 I'd forgotten that when I took these photos I hadn't finished sewing the binding! Always one of those last minute jobs... 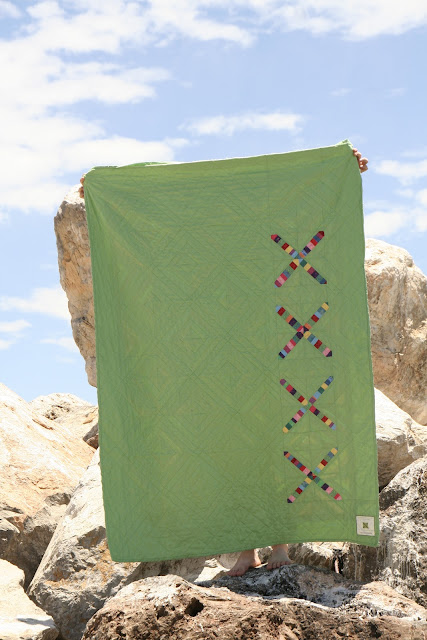 On the back I put four decades (or kisses!) pieced from scraps and you can just make out the quilting from this photo. I decided on a square spiral (yay for the walking foot) working out from the centre of each diamond. I also stitched in the ditch either side of the turquoise central band. It was a bit tricky lining up the Xs nice and straight with the blocks on the front when all the edges were raw and the batting was sticking out. I thought the quilting would end up highlighting the fact if they were out of alignment. 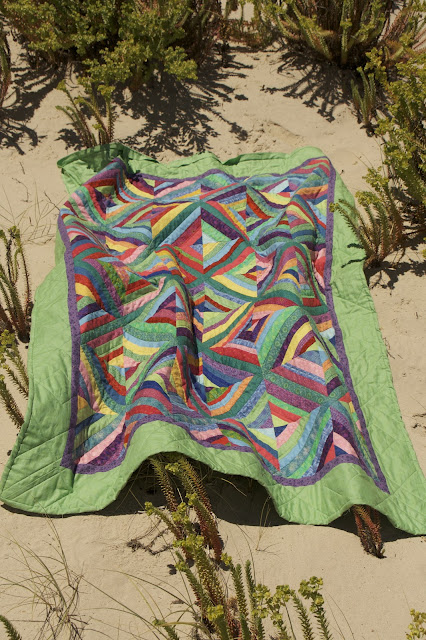 Thanks to Amy for organizing the Quilt Festival. I'm really looking forward to seeing what you've all made.
Posted by Camilla at 20:23