It's strange writing about several quilts all in a row, it kind of telescopes the time taken making them in an odd way. Actually it was a bit of a hive of industry at that time: I was making Sophie's and my sister's quilts sort of at the same time, and Mum's 70th Birthday quilt was also in the planning stages, but wasn't needed until a few months later. I've said before that I work best to a deadline and I'm not very speedy. I tend to only manage to sew about three or four hours on a good week, sometimes less and more if I've got a deadline! I get together with my dear friend Liz to sew most weeks and we do enjoy making sense of the world as we sew; so generally due to work and other priorities and one thing and another, it takes me ages to plan, cut, piece, baste, quilt and bind (not to mention getting everything out and putting it all away from the dining room table-mostly!), but I do enjoy the process (except the getting out and putting away part).

I've been a bit unsure about posting this quilt because I was inspired by shamelessly copied it from a quilt called Passage to India in a book by Weeks Ringle and Bill Kerr called Color Harmony for Quilts but I think that's OK if I acknowledge it and it's not for sale? Yes? Also they've just put out a new pattern very similar to this, if not the same which they released for Quilt Market. It's called Split Decision and if you like Modern Quilt Studio on Facebook you can see it on one of Weeks' 16th May postings. I love their work, they've written several inspirational books, (I also have their Quilts Made Modern) with great design insights and they've also recently brought out a new magazine called Modern Quilts Illustrated, which I have been intending to ring up about, to see if it's prohibitive for me to get shipped to me here in Australia... Have a look at their website. Weeks also writes a blog called Craft Nectar.  They have done a few fabric lines in the past which I've ordered from both NZ and Australia. Most of the fabrics in my sister's quilt were scraps from another quilt which I've yet to blog about, which I made using their fabrics and another of their patterns. So all in all I'm a fan! 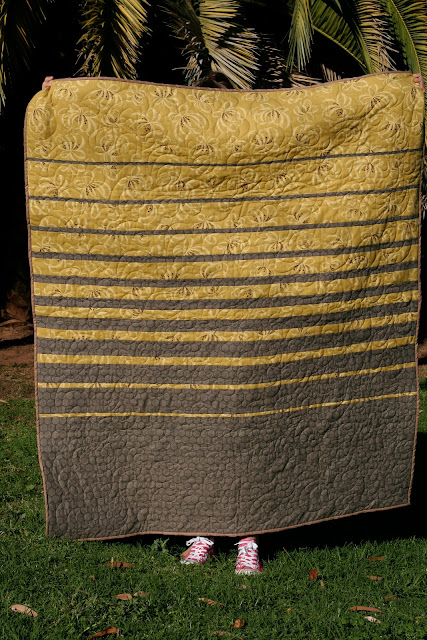 I chose two contrasting fabrics, enjoying the opportunity to make the most of a large scale fabric of home dec weight and contrasting it with one of a smaller scale in the colour of the pollen heads on the flowers 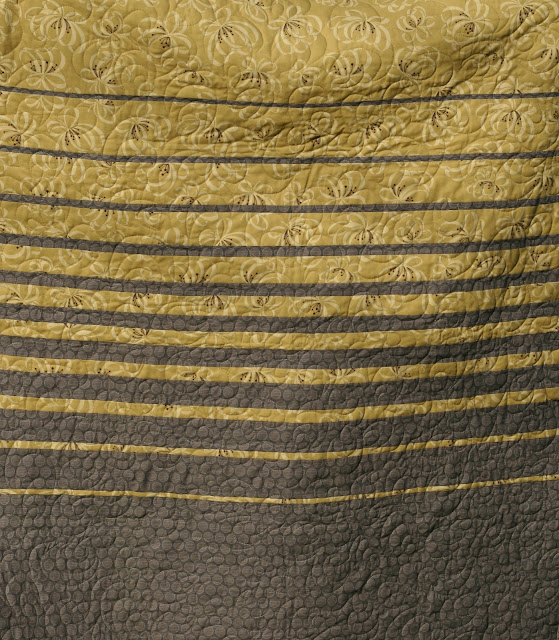 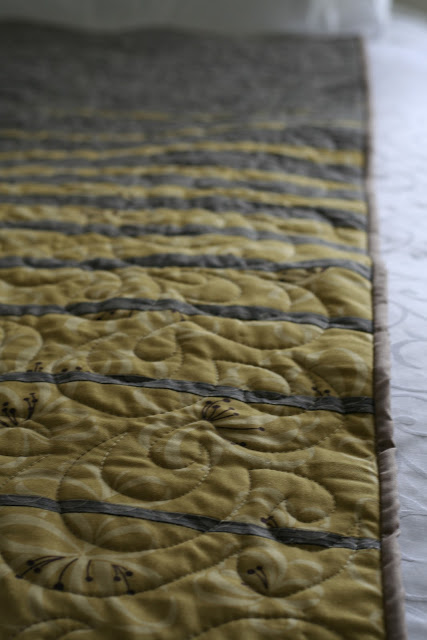 I had to be careful not to get too big, because it's hard to quilt a smooth curve if it's too large, good practice though! I can't remember how big it is but it was at the limit of my machine's harp space (I think it's called). 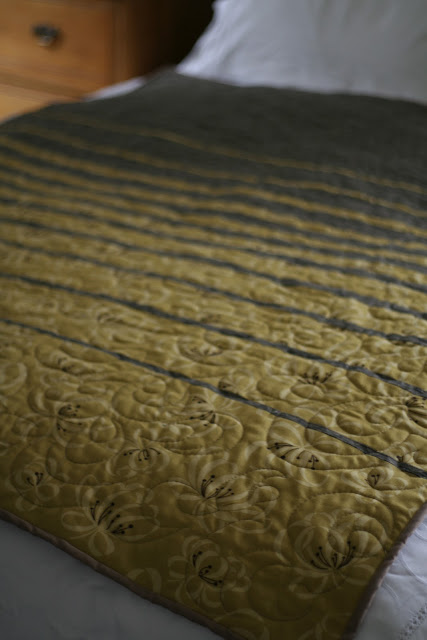